OUR ACADEMY HAS THE BEST INSTRUCTORS AROUND!

The Oregon Pickleball Academy sets the standard as a top notch instructional facility. Our world class instructors have the training and experience to take any game to the next level. We offer Private Lessons, Boot Camps, IPTPA Rating Sessions, Weekly Clinics, Play with the Pro, and so much more. Our full service academy is equipped to work with all levels of a pickleball player. Let the Oregon Pickleball Academy elevate your game! Create a CourtReserve account at www.courtreserve.com and select Pickleball Zone as your club. Then use your account to sign up for any of our events the academy has to offer. 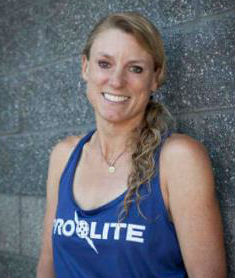 Lisa Palcic, has over 25 years of experience in the fitness and athletics industry. Lisa’s experience includes managing a 30,000 square foot athletic and tennis facility with over 800 members. While there, she attended the International Heath and Racquet Sports Association Conference year after year to stay current with Fitness, Athletic and Tennis industry trends. After managing Sage Springs Club and Spa for 7 years Lisa decided to open her own Tennis and Pickleball Shop. During her 8 years of successful shop ownership, Lisa obtained her Master Racquet Technician certification and strung thousands of racquets as well as becoming an expert on pickleball paddles. As an athlete, Lisa grew up in New York where she won many athletic awards in high school and college. She played College Softball for The State University of New York at Ulster. She has also coached thousands of people in many different sports of all levels and has instructed fitness classes of all types. Lisa is an Oregon USAPA ambassador, and spent time on the Bend Pickleball Club Board. Lisa has played at Nationals and the US Open and holds a Pro Credential as a pickleball player. Over the past few years, she has traveled all over with a home base here in Central Oregon for teaching. She has taught well over 8000 pickleball players of all levels. Lisa specializes in Body Mechanics, breaking down every stroke to make your body work smarter, which in turn gets the most benefit and control out of every stroke and movement. She works with each person as an individual, allowing each person to reach their full potential. Lisa is an IPTPA Certified pickleball pro and helped to create and institute the new national IPTPA rating system, (please add) as well Lisa is an IPTPA teaching and ratings Director. 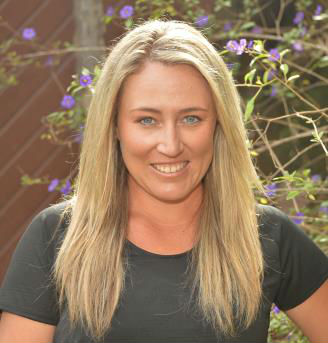 Michelle Esquivel has over 15 years of teaching experience in Physical Education. Originally from Orange County, California, Michelle excelled in an outstanding tennis career as an athlete and coach.
Michelle received a full ride tennis scholarship to Concordia University where she was the Eagles #1 singles and doubles player. After competing in college, Michelle graduated with a BA in Exercise Sports Science. While a tennis instructor at Matchpoint Tennis Academy, Michelle also took a role in coaching at the collegiate level at Cypress College and Orange Coast College.
Michelle obtained her Masters Degree in Physical Education at Azusa Pacific University and began teaching Kinesiology classes at the collegiate level. Some of her classes included Badminton, CPR, Weight Lifting, Boot Camp, Futsal and Yoga.

In 2017, Michelle decided to change paths and began teaching and playing Pickleball professionally.

Michael is an IPTPA Certified “Level 2” Instructor, a Certified Rating Specialist, and a four-year tournament competitor with many Gold, Silver, and Bronze medals. Also, a passionate pickleball teacher and coach, Michael enjoys working with Central Oregon players in:

His pickleball career started in 2014 when a friend said “Want to play pickleball”. After Michael said “What’s Pickleball” and a couple hours with his friend at Pine Nursery Park, he was addicted and wanted to play the next day, the next day, and the next day. Michael has never looked back.

Raegan has several years of tennis teaching experience in Atlanta, GA. Originally from Sarasota, FL, Raegan started playing tournament tennis at age 9. She attended Georgia Southern University (GSU) on a tennis scholarship while earning a Bachelor of Business Administration. She played both singles and doubles going to Nationals 3 years, winning the National Doubles title, earning All American status and was inducted into the GSU Hall of Fame. She also played in Germany on a club tennis team during the summer.

Raegan’s teaching experience included both youth and adult tennis camps and individual lessons before she worked for many years in the legal field in Atlanta, GA as a Paralegal and Trial Technology Specialist. She continued playing USTA tennis going to nationals in Orlando, FL in 2017 and started seriously playing pickleball in 2017 winning 3 gold medals in singles and several doubles medals. She recently completed her IPTPA teaching certification.

Christie is a Junior Instructor, IPTPA Certified Pro, and a Certified Rating Specialist. Christie has spent her adult life in the school system as an educator and principal.